The Kurhaus, one of the most prestigious buildings in Merano, is located between the antique arched lanes and the landscape of the Lungopassirio promenade, close to the thermal baths. The three graces dancing, on the cupola of the structure in liberty style,
twirl gracefully and refined, increasing the architectonical elegance of the structure.

The Kurhaus was realised in the 19th century, when Merano was becoming a renowned meeting point for the bourgeoisie and Europe's noble. The building had a twofold function: through the entrance at via Asburgo, which is corso Libertà today, health equipment was brought to the area, whilst access to the treatment area was through the promenade.

The Kurhaus at Merano realised in a neoclassical style according to the project of Josef Czerny, was inaugurated on the 14th November 1874. Already at the beginning of the 20th century the Pavillon de Fleurs was already too small which brought about the commissioning of the renovation works to the architect Friedrich Ohmann, a prominent member of the Viennese secession who inaugurated two further rooms,
the Rotonda and the Kursaal.

In the eighties Siegfried Unterberger, an engineer from Merano, restructured the Kurhaus and on the 28th March 1989 it was inaugurated with a concert by the symphony orchestra from Berlin. 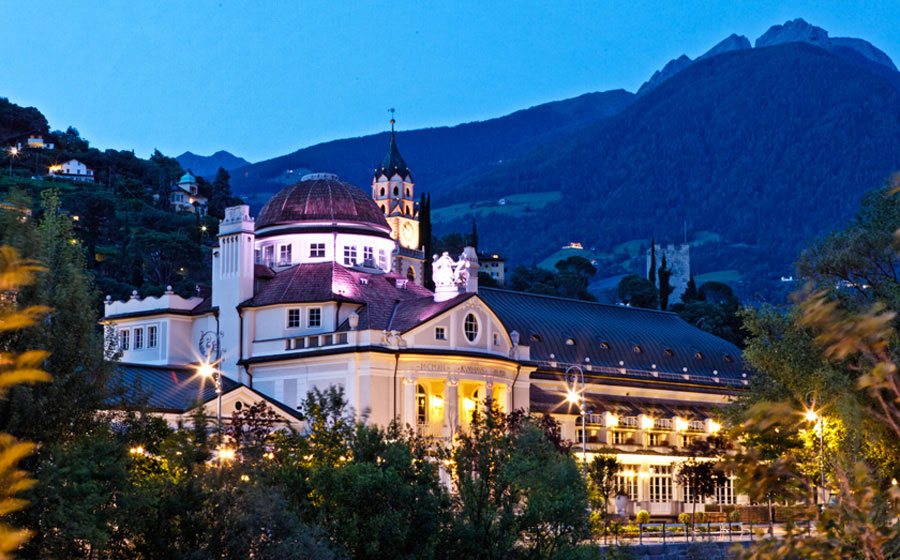