The Puccini Theatre is located in the historical centre of Merano in Piazza Teatro square between Corso Libertà and Ponte Teatro bridge. This marvellous structure, decorated externally according to an elegant neoclassical style boasts the presence of liberty-style furniture inside.

Sit down in one of the audience armchairs, the stages and the gallery, covered in salmon coloured velvet. Between the frieze, stucco works and golden decorations the red curtains get raised and the show begins. Towards the end of the 19th century Merano needed a real theatre for the shows of the theatre companies which were located in the provisional theatre in the Kurhaus in the Pavillon des Fleurs. Wilhelm von Pernwerth, president of the Merano Tourist Authority, in 1884 appointed a committee for the construction of the theatre. In 1899 five projects were presented, of which that of Martin Dülfer from Munich in Bavaria was successful.

In September 1899 the works commenced and took only 14 months to complete. On the first of December 1900 Puccini Theatre was inaugurated with widespread consensus, with the play of "Faust" by Goethe Up until the outbreak of the First World War, the theatre enjoyed its most successful years with renowned companies and famous directors.

After the Second World War the local company "Südtiroler Landesbühne" had a show in the theatre. During the 50's the sudden presence of televisions attracted the public more and more who then became less interested in the theatre. Up to the 70's, the theatre was closed due to economic problems and due to a fire.

On the 28th November 1978 after restructuring works by the architects Lilly and Willy Gutweniger, the theatre was reopened.
In 2000 the roof and the building's façade were restructured. On 1st December the theatre celebrated its 100th anniversary. 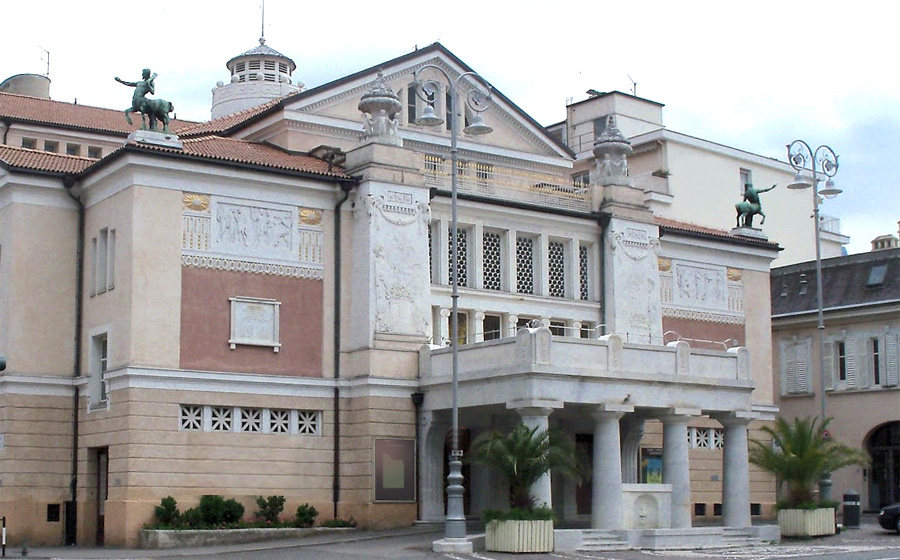